Ukraine Situation Report: No Damage Seen At Russian Bomber Base After Drone Attacks

PHOTO © 2022 PLANET LABS INC. ALL RIGHTS RESERVED. REPRINTED BY PERMISSIONRussia on Thursday claimed a third drone attack this month on or near the Engels Air Base, 300 miles from the border with Ukraine. The post Ukraine Situation Report: No Damage Seen At Russian Bomber Base After Drone Attacks appeared first on The Drive. 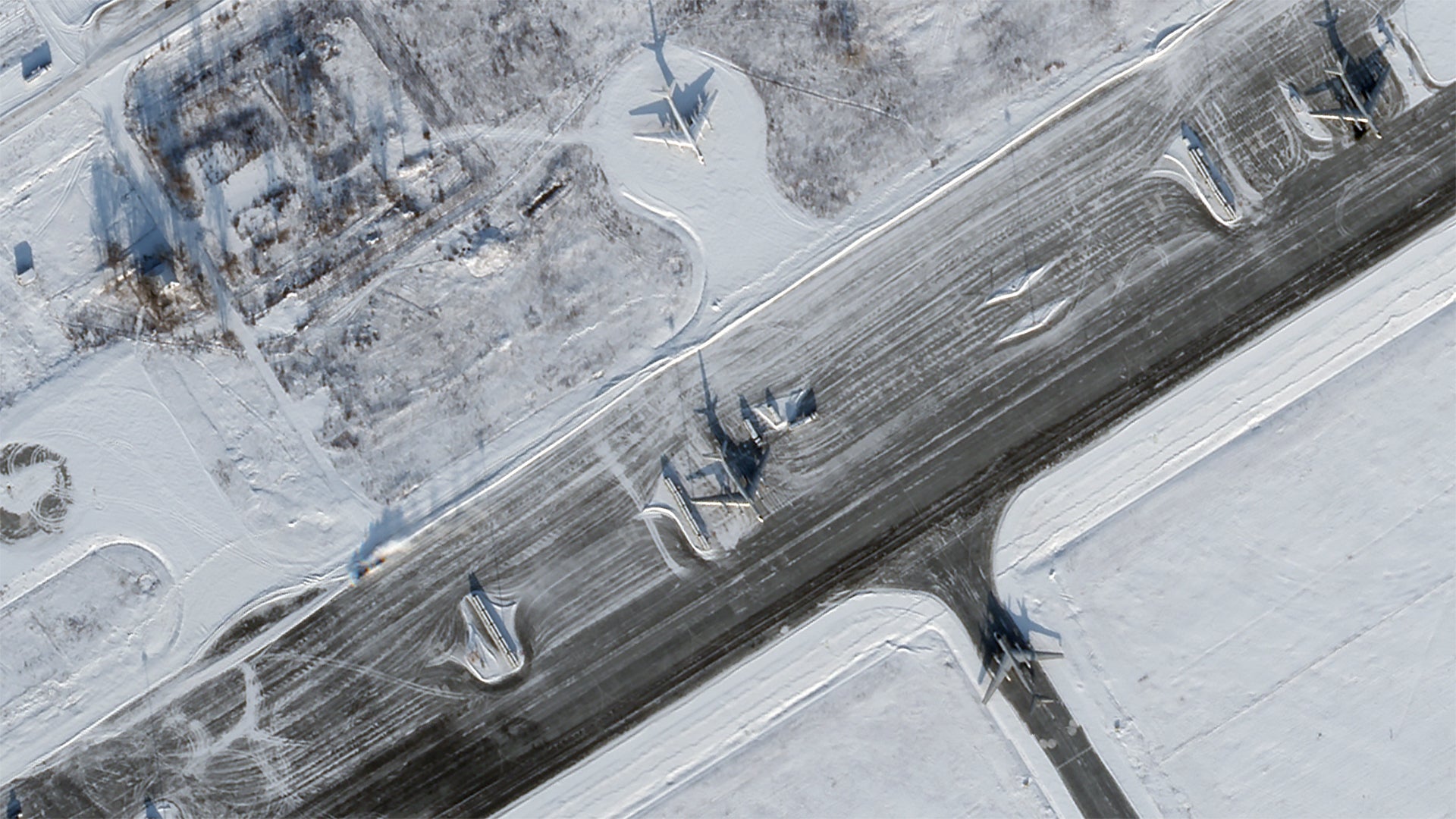 Moscow on Thursday claimed the town that houses its Engels Air Base, located deep inside Russia some 300 miles from the Ukrainian border. was attacked by a drone for the third time this month and the second time this week.

However, satellite images obtained by The War Zone on Thursday show no clear damage to the base that’s home to the 22nd Heavy Bomber Aviation Division, which operates one squadron of Bear-Hs and another squadron of supersonic Tu-160 Blackjack bombers. While both types have been employed in the conflict in Ukraine and especially in recent months as Russia stepped up its standoff strikes on Ukraine’s energy infrastructure, the satellite images show a significant reduction in Russian ling-range aviation activity at Engels.

You can see our complete analysis of the satellite image from our Downlink team below.

“New satellite imagery of Engels Air Base, located deep within Russia, from December 29 shows that repeated Ukrainian attempts to strike the air base, as well as the arrival of cold weather conditions, appears to have led to a significant reduction in activity. Only 11 bombers are present, down from 26 on Nov. 29. Recent snowfall at Engels also betrays the inactivity of some aircraft. While five Tu-95 Bears are visibly de-iced and parked on cleared aprons and taxiways, four others remain covered in snow. The two remaining Tu-160 Blackjack bombers appear covered in snow as well, though at least one of them shows signs of having its apron cleared of snow possibly to provide safe access to the taxiways. No clear damage is observed following alleged Ukrainian attacks against the facility on Dec. 26 and 29, but between reducing aircraft presence and installing new protective barriers, it appears Russia is trying to mitigate the persistent threat against its bombers deployed to the base.”

In the latest incident, air defense systems in the Engels region shot down a drone, Saratov Oblast Gov. Roman Busargin reported Thursday on his Telegram channel. Streaks from surface-to-air missiles were seen reaching into the sky near the base on social media.

“As a result of falling fragments, the fence of a private house, a car and a garage were damaged, and a window on the balcony was knocked out in one of the houses,” Busargin said. “There are no other damages. People were not hurt. Emergency services are on site.”

Busargin did not say where the drone came from, but Russians have attributed two prior attacks this month to Ukrainian drones.

On Dec. 26, a Ukrainian drone attack on the base resulted in three people killed and four injured, according to Russian media.

Several weeks earlier, on Dec. 5, Engels and Dyagilevo Air Base were struck by what the Russian MoD said were Soviet-made jet-powered unmanned aerial vehicles modified by Ukraine to carry explosives. The Russian MoD was referring to the jet-powered Tu-141 Strizh, originally built as a reconnaissance UAV. Smaller Tu-143s have also likely been used. You can read about that here.

Those attacks resulted in damage to at least one Tu-22M3 Backfire-C bomber and apparently also to a Tu-95MS Bear-H bomber.

Russian bombers have been widely used to launch cruise missiles against targets in Ukraine since the start of the war. Just today, Ukraine was hit by just such a barrage, which we will get to in a moment.

The British Defense Ministry on Thursday suggested that one reason Ukrainian drones have been able to fly so deep into Russian airspace is that Moscow has moved a lot of its air defenses into Ukraine, leaving the Motherland itself vulnerable.