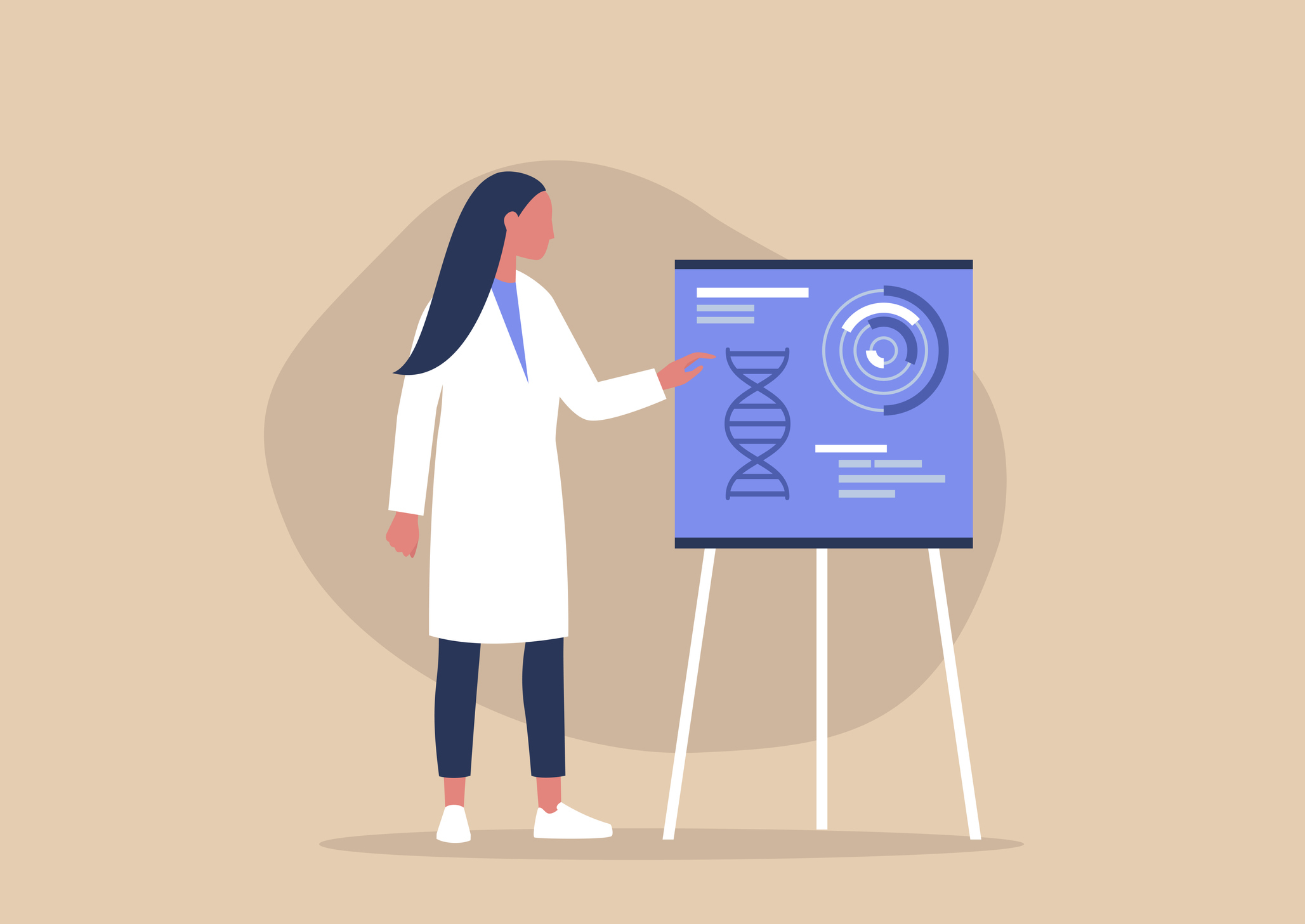 The gender disparity in biotech really got Sangeeta Bhatia’s attention while she was on sabbatical. Bhatia had taken a year to focus on her startup biotech company, Glympse Bio. The startup, inspired by bioengineering breakthroughs in Bhatia’s lab at MIT, advances biosensing technology and is now well-funded. But in 2018, Bhatia had to do what all startup founders have to do — pitch ideas and court investors.

“I've been a gender equity advocate my whole career,” says Bhatia, the John and Dorothy Wilson Professor of Health Sciences and Technology and Electrical Engineering and Computer Science, and a member of MIT’s Koch Institute for Integrative Cancer Research and the Institute for Medical Engineering and Science. “When I became an entrepreneur … it just landed on me so heavily, almost every room that I pitched was a room full of men. There were very few women holding the keys to the capital my company needed.”

Bhatia, in collaboration with MIT professor of neuroscience and President Emerita Susan Hockfield and preeminent MIT Amgen Professor of Biology Emerita Nancy Hopkins, launched the Future Founders Initiative in 2020 to increase the number of female faculty members who start biotechnology companies. The initiative has ambitious goals, including increasing the fraction of MIT female faculty who found companies from less than 10 percent to 25 percent by 2024.

The first phase of the initiative kicked off last fall semester with Future Founders Boot Camp, led by Bhatia and Harvey Lodish, professor of biology and biomedical engineering; it is a remote bimonthly series of talks from successful academics who have started companies to translate technologies from their laboratories into therapeutics, medical devices, and diagnostics for unmet medical needs.

In the second phase, the Future Founders organizers plan to cultivate a cohort of potential founders recruited from the Boot Camp series. This will involve facilitating networking and community building among the cohort and also offering a “Startup 101” workshop series.

The Future Founders Initiative, which welcomes MIT and Harvard University faculty, postdocs, and students, is a product of conversations and organizational work among stakeholders from across the broader biotech community of Greater Boston, a region recognized internationally as a hub for biotech innovation.

When Bhatia returned from her sabbatical in 2018, at the annual Xconomy award ceremony she introduced Hopkins for the Xconomy Lifetime Achievement Award. Hockfield was in the audience that night, and the three ended up discussing their shared concern that very few female professors founded biotech companies. They committed to helping to change that demographic, but realized they would need both data to illustrate the disparity and to catalyze a conversation among a broad group of stakeholders from around the Greater Boston area.

They formed the Boston Biotech Working Group and hosted a series of dinners at the American Academy of Arts and Sciences to discuss the issue. They found that their perspectives were widely shared.

“What we recognized as a group, which included venture capitalists, deans, entrepreneurs, academic leaders, and people from the media, was that it did appear, if we look at the region, that women were under-founding in proportion to men,” said Bhatia.

Data analysis further confirmed their suspicions. With support from the Sloan Foundation, Hopkins, Bhatia, and Hockfield enlisted a professor of entrepreneurship from Simmons University Business School to analyze publicly available databases and found that women had founded less than 10 percent of the 250 biotech startups created by MIT professors, even though 22 percent of MIT faculty are women. From these data, they estimated that if female faculty in just the seven of MIT’s 14 science and engineering departments that were analyzed had been founding startups at the rate of male faculty, there would be 40 additional biotech firms today.

“What that means is 40 more potential medicines,” said Bhatia. “The societal impact of that is really important. It's a lost opportunity.”

Members of Boston’s venture capital community, some of whom had attended the Boston Biotech Working Group dinners, responded by committing to diversifying the boards of companies where they held positions of power. Their pledge, which has been signed by Polaris Partners and F-Prime Capital, among others, aims to increase female representation on boards to 25 percent within the next two years.

Part of the conversation

While the reasons for the gender disparity in biotech entrepreneurship are multifaceted, this effort from the venture capitalists is important for addressing what Bhatia suspects is at least part of the reason for the missing companies.

The startup part of a new biotech company relies on relationships, connections, and having access to information and resources. Whom a professor knows may be more important than the quality or potential of their innovative technology when it comes to getting funding and support.

Future Founders represents an institutional effort to broaden “the conversation” to include the women who want to participate, by developing an inclusive culture that encourages and normalizes entrepreneurial pursuits for female faculty

Its first pilot is a boot camp series intended both “to demystify [startups], but also to motivate people about the impact that you can have through that path,” according to Bhatia. “Writing a publication is terrific, but if you're dreaming of an impact in a different dimension … this can actually be a way forward.”

Bhatia says that Future Founders seems to have hit a nerve. Though it was only lightly promoted at the beginning of a pandemic-impacted semester, they’ve had 400 participants sign up for the online fireside chats. Because of the virtual platform, the organizers decided not to restrict access to the boot camp series. They were happy to see interest from students and postdocs as well as faculty.

“I think what we're doing is planting seeds,” says Lodish. “Hopefully in the new year we'll be able to cultivate some of them to grow by identifying specific women faculty and postdocs who want to take the next step in commercializing some of their ideas or their laboratory’s research”

Since their “40 missing companies” discovery, Hockfield, Hopkins, and Bhatia have continued analyzing startup data and plan to soon report their findings, along with a perspective on how to move forward. They hope to publish their work as an article in the MIT Faculty Newsletter, a move that would have special historical significance.

In 1999, Hopkins collaborated with other MIT faculty to publish an article in the newsletter documenting pervasive gender discrimination against female faculty at MIT. It “went the '90s version of viral,” said Bhatia, and led to MIT and other universities implementing policies to help correct institutional gender inequities.

“They fixed what they could within the walls,” said Bhatia. “They worked to transform the academy and now there's this piece which has to do with the interface of the academy and the outside world, which is starting companies.”

The Future Founders Boot Camp series received staffing and support from Anantha Chandrakasan, dean of the MIT School of Engineering; Maria Zuber, MIT vice president for research; and the MIT Innovation Initiative. For more information about the Future Founders Initiative or to get involved, contact Sangeeta Bhatia or Harvey Lodish.

Empowering in the digital economy since 2003! Web & Cloud LLC, is a devoted tech-enabled firm with presence in USA, EU and Africa. At Web & Cloud, we are constantly researching new technologies and developing digital strategy, tools, products and services to help tackle the world's most challenging issues. We are the backbone behind Dialect, Glodigit.com, Payebiz.com, great digital assets, and many free cloud-based tools, and we are currently working on numbers of socially responsible projects that are inspired by your needs. Consult with us on Glodigit.com, and let's discuss your needs to be challenged, in the field of the digital economy, digital transformation, technology to solve social issues and globalization.

How to use ValueTask in C#

How to create route constraints in ASP.NET Core 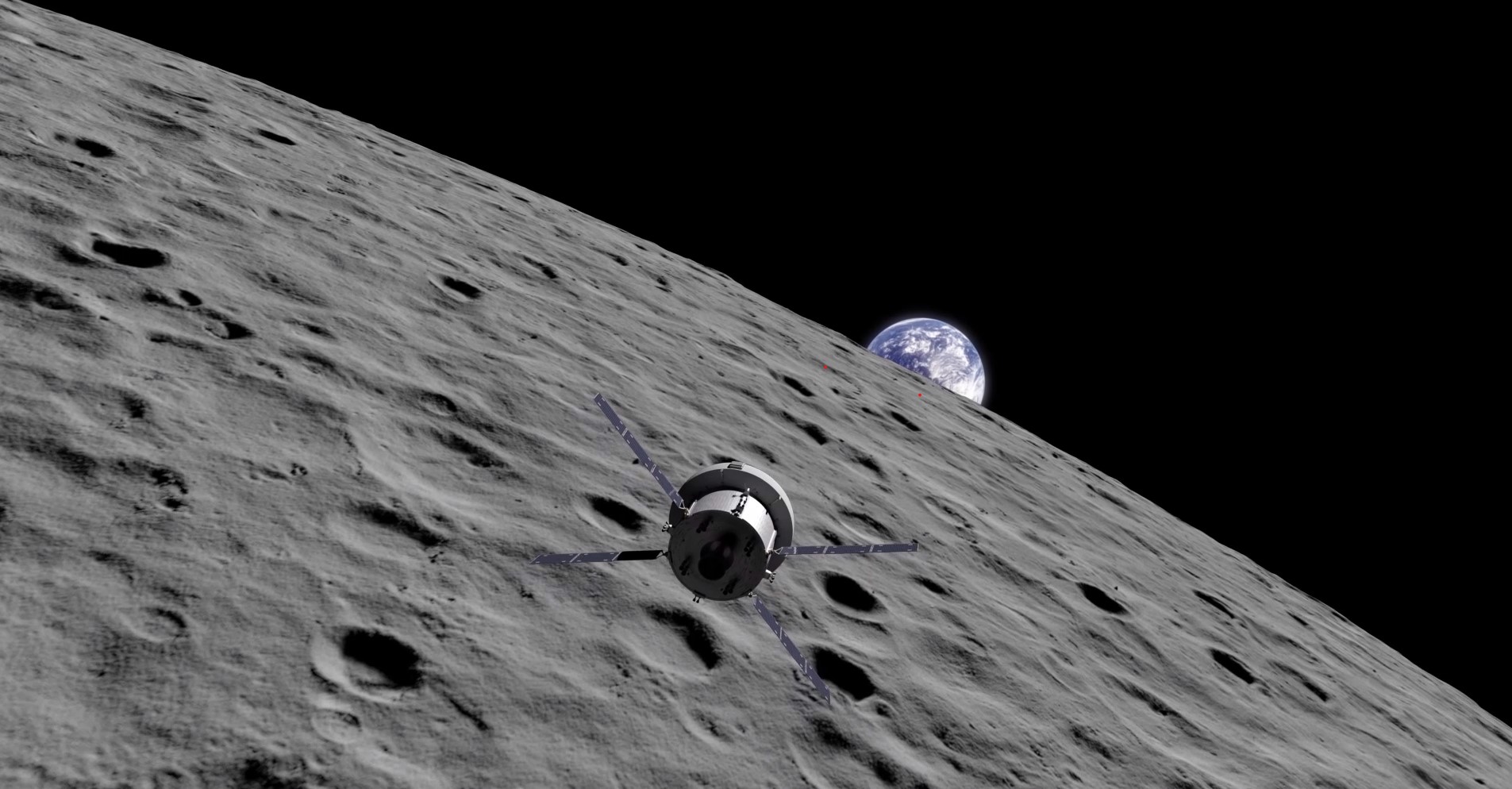 NASA is seeking new partners to help the agency tell the story of human exploration... Greta Thunberg: A Year to Change the World

Greta Thunberg took a year off of school to travel the world to better understand... 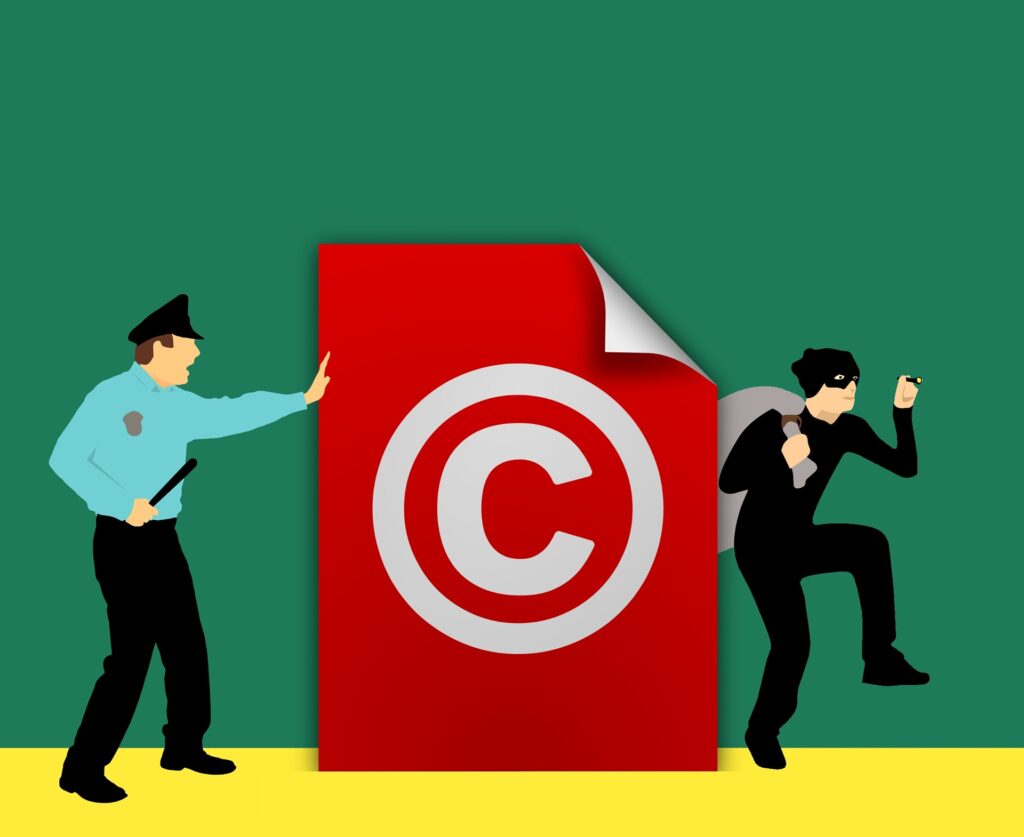 Intellectual property, as defined by the European Parliament Factsheet on Intellectual,... 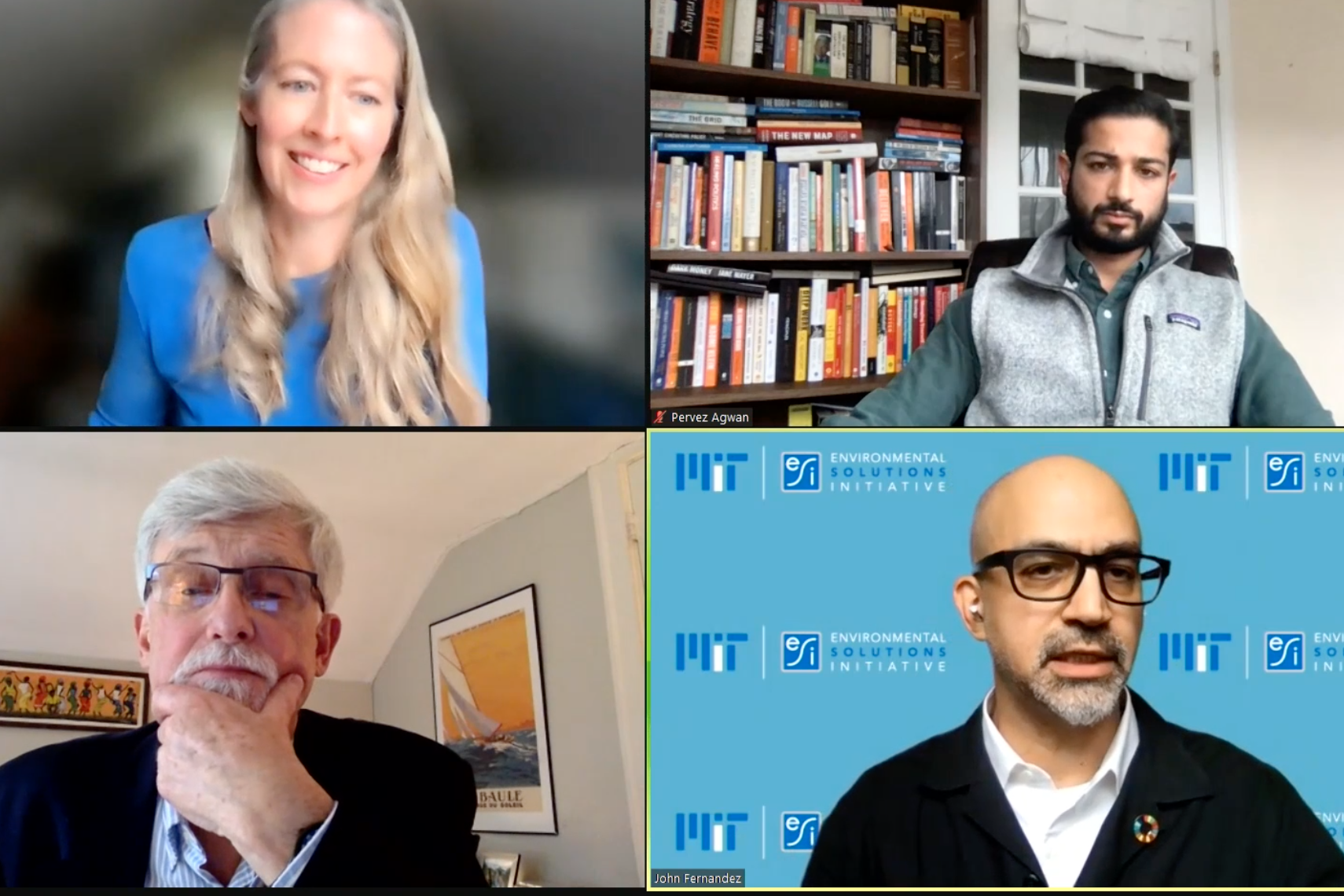 Engagement with political, community leaders must be a key part of forthcoming climate...

By AI Trends Staff    AI is starting to become useful in the construction industry... ✔ Price: $34You can now register your .LIFE for less, with Nametorize.  Register...